Okay, geographically speaking, Bolivia is actually more accurately described as in the middle of South America.  But Jason and I had an inside joke going: whenever we saw something crazy happen in Bolivia, we’d shrug at each other and say: “It’s the Wild West!” 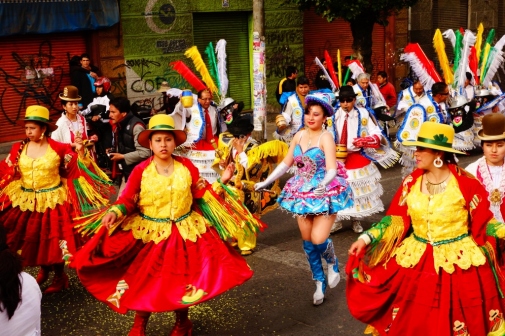 Dancers in an unofficial parade in La Paz

Impromptu Bolivian Independence day parade marching down the main avenue in La Paz during rush hour without any permits or safety blockades? It’s the Wild West! 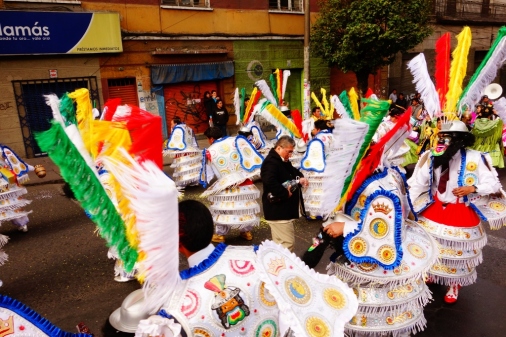 Man handing out shots of liquor to all the parade performers

Random man handing out shot after shot of liquor to all the dancers in the parade? It’s the Wild West!

Drunken dancers getting more irate with the increasing enraged rush-hour drivers caught behind the parade? It’s the Wild West! 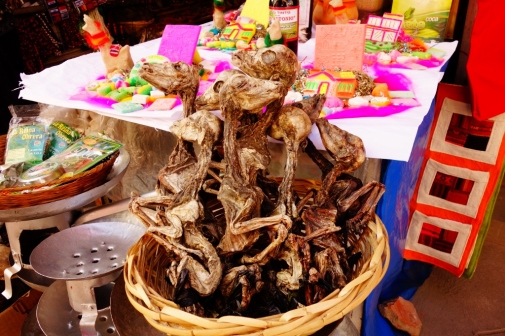 Drunken man relieving himself on the sidewalk in the middle of the day – requiring me to jump over the stream of urine running across the pavement? It’s the Wild West! 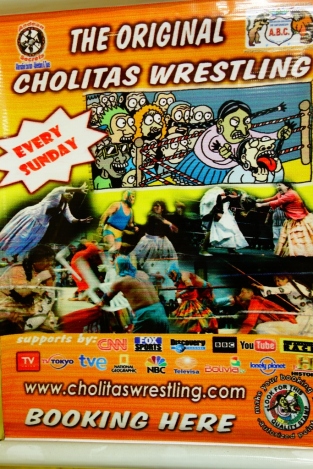 Bolivian ladies wrestling each other for entertainment every Sunday in La Paz? It’s the Wild West! 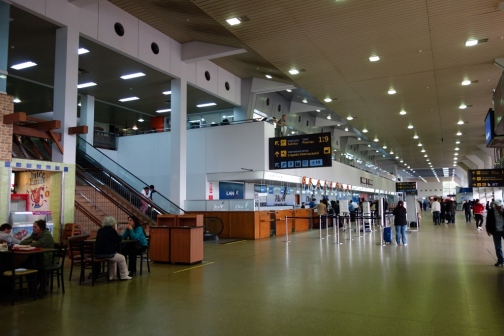 Sleeping over in the Bolivian airport

Spending 24-hours and sleeping over in the Bolivian airport because our airline ticket was cancelled? Its the Wild West!

Even though we only spent a week in Bolivia, it left a very lasting impression.  Oh crazy, chaotic Bolivia…it was fun while it lasted.