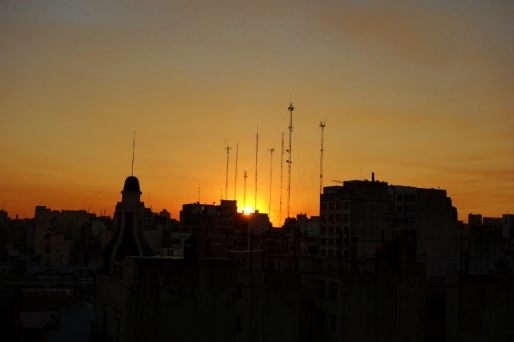 Buenos Aires is a wonderful city – probably one of our favourite cities in South America. It’s a city of beautiful French and Spanish architecture, fascinating political and cultural history, a vibrant arts scene, great restaurants – it makes for an incredibly liveable city. Jason and I have spent over 3 weeks in Buenos Aires – the longest we’ve stayed in just one city and we loved every moment of it.

Buenos Aires kind of reminds us of Toronto, or Paris, or New York – probably because it’s also a city of neighbourhoods. Each neighbourhood or district has its own unique look and feel. The posh refinement of Recoleta, trendy hip Palermo, gastronomic Las Canitas, the proud roots of La Boca, historical Montserrat…the list goes on. It’d take weeks to explore all the little nooks of Buenos Aires, and weeks we took.

Luckily, Buenos Aires has an excellent and inexpensive public transport system: a clean and efficient subway system (ARS$2.5 or CDN$0.50) and a very extensive city bus network (ARS$1.60 or CDN$0.30). We only used a cab twice the whole time we were there.

We stayed in a modern little apartment in Las Cañitas 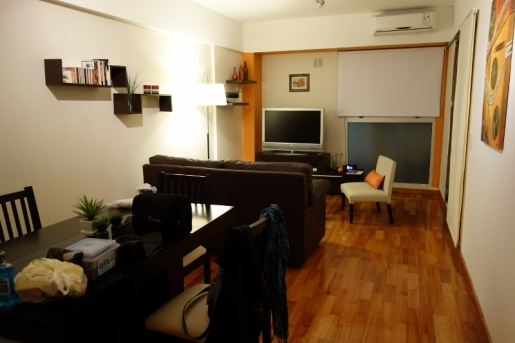 Our apartment for the 3 weeks in Buenos Aires, Argentina 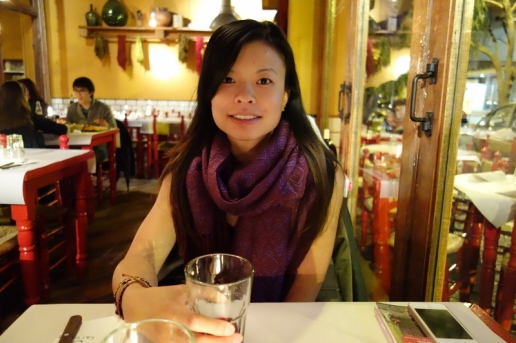 At Las Cholas, one of the great restaurants in Las Canitas

On the opposite end of the spectrum, we also spent a few days in Montserrat. A place of historical significance, Montserrat is the district that holds Plaza de Mayo, the Cabildo (where Eva “Evita” Peron famously addressed the nation), and Casa Rosada.

The face of Evita on one of the buildings in Montserrat

On Sunday, many of the main streets close down for its weekly antique fair and is packed full of performers, artisans, and market stalls.

San Telmo was one of our favourite neighbourhoods. We frequented this neighbouhood often – returning to enjoy Argentine pizza, grab a microbrewed beer, or to wander through the market.

Another neighbourhood steeped in history is La Boca. The old port (Vuelta de Rocha), is where thousands of European immigrants arrived at the end of the 19th century – bringing and instilling a very proud Italian subculture in the neighbouhood. 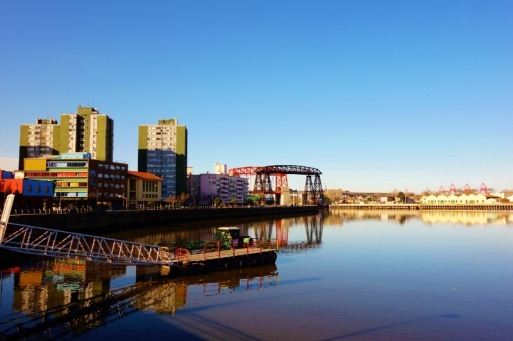 The old port in La Boca

La Boca is also home to the rowdiest and craziest football club in Buenos Aires: the Boca Juniors. Fans are so rowdy (and sometimes violent) that tickets are no longer sold to visitors- only club members can purchase tickets to football games. We were told that the only way tourists can see a game is to either purchase tickets on game day through very sketchy scalpers (i.e. counterfeit tickets galore) or to go through a tour operator that charges USD$150/ticket. Jason REALLY wanted to see a football game while in Argentina. But we didn’t end up seeing the Boca Juniors.

La Boca can be pretty dangerous. We were advised, by our guide book and locals alike, to not wander off the beaten path and to always be aware of our surroundings. Luckily, the beaten path offers some very interesting sights. 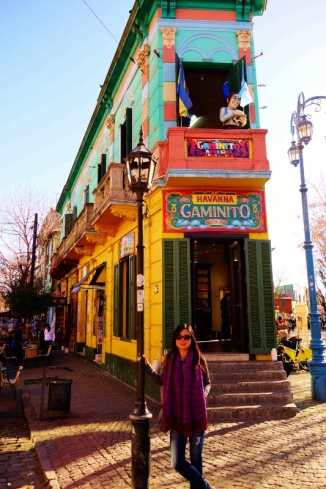 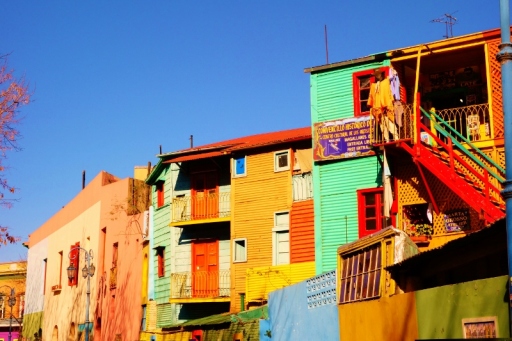 ‘El Caminito’ is one-part tourist trap and one-part bohemian getaway. The picturesque streets are lined with colourful sheet metal houses and filled with (artists dressed like) tango dancers that want to take a picture with you (for a fee, of course!)

Belgrano is a quiet neighbourhood that’s also home to the city’s Chinatown. The stores here sell anything and everything; pungent smells waft from the fish markets; and barbecued duck and pig carcasses hang in the front of restaurants. 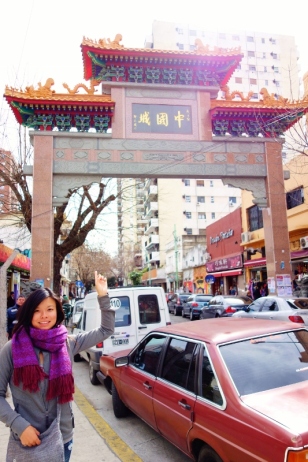 I can see why there are no Asian people in the rest of the city – they all seem to congregate here. I also found my favourite comfort food here: a steaming bowl of noodle soup. 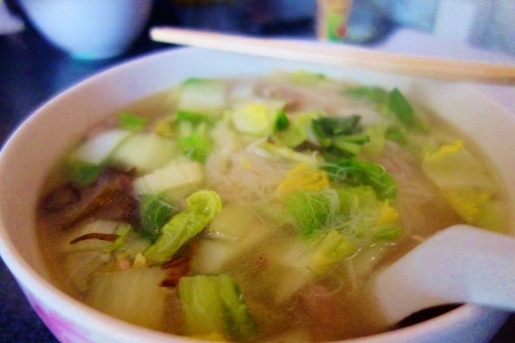 Recoleta became the most exclusive area in the city in the late 1800s when a yellow fever epidemic forced the wealthy aristocrats from San Telmo to the tree-lined streets of this upper class neighbourhood.

Parks and walkways in Recoleta

One of the most exclusive addresses in the city can be found in Recoleta, but no one actually lives there: the Recoleta Cemetary. It’s a must-see for all visitors, especially during the week when it’s eerily empty and quiet.

Evita’s remains are buried here with her family, under her maiden name. 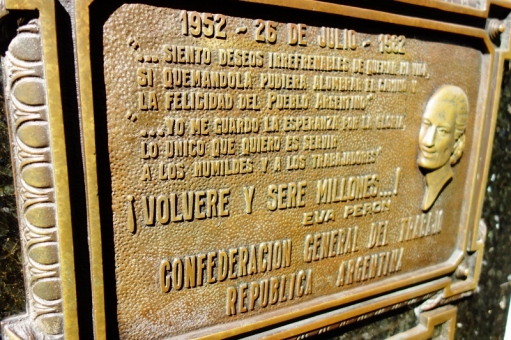